Chukchi, Penzhinsky or Kolyma moose. One of the largest subspecies of moose. It has very large horns with the camber up to 170 cm, a spade width up to 65 cm and weighting more than 40 kg. Such a trophy is the dream of every hunter! The mass of large males reaches up to 800 kg. Nowadays, it is distributed almost throughout Kamchatka, but the largest individuals are still noted in the Penzhinsky district. Hunting is carried out during the rut or later date with the onset of stable snow cover. Hunting dates from September 1 to December 15. 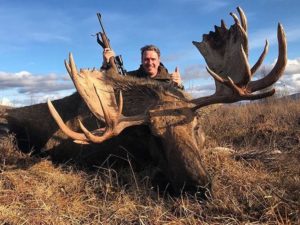 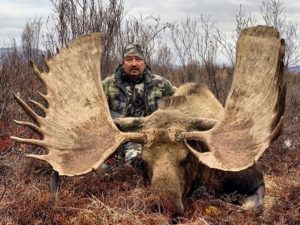 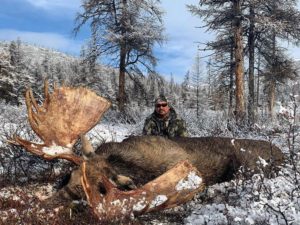