Kamchatka snow sheep hunting. Kamchatka snow sheep is estimated as the largest subspecies of a ram. Males weight a bit more than 100 kg. They have very thick and powerful horns, reaching a length of more than 110 cm. A dream of any mountain hunter! It lives in the middle and southern parts of Kamchatka. Like any mountain hunting, it requires special endurance and physical training of the hunter. Although the mountains in Kamchatka are not that high and remote as in other regions, you will have to walk a lot and make a long and accurate shot in order to get a great trophy. So, if you decide to go for mountain hunting, you need to work hard on your stamina, physical training and practice long distance shooting. The hunting season lasts from August 1 to October 15.

Koryak snow sheep hunting. This animal inhabits a little northwest. These subspecies obtain relatively thinner and smaller horn. The hunting periods are the same as in Kamchatka: from August 1 to October 15.

The hunt for the Kolyma snow sheep. This population inhabits the border of the Magadan region, the Kolyma Range. This animal is included into some Moscow hunters societies as a separate subspecies of the snow sheep. The hunting season is the same: from August 1 to October 15. 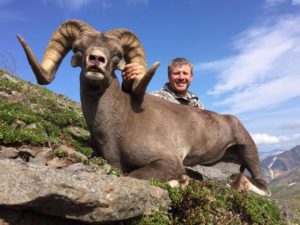 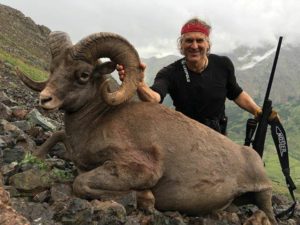 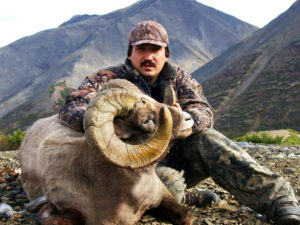