This type of hunting is considered to be the most significant and prestigious among many hunters’ trophy halls. Actually, it is the smartest, the most powerful and a very sneaky animal. After fall-winter hunting seasons has been decreased significantly, it came almost impossible to hunt the bear at their lairs. Therefore, they started to hunt in spring, using bait in Siberia. This exciting and quite successful type of hunting requires a long term preparation and qualification. Special observation towers are set beforehand, nearby each of them, at a distance of 50 meters, baits are spread. There are, as in any case, a number of details should be considered by every experienced hunting organizer. The time of getting to the bait is different, but adult species usually come out at dusk or in the dark, so you should have night observation devices, night-vision goggles or a thermal imaging. This type of hunting has its profit since female species are hardly interested in luring substance which often consists of fish or meat wastes. Sometimes several male species can get to the bait, therefore a gamekeeper should have a good knowledge of animal’s size. For this to happen, special measure tags can be set up to determine the height of the animal. The hunter should be very quit while waiting for his prey and he also should not use any strong sprays. You should not trace a wounded animal in the dark, even with the help of a gamekeeper. You better wait till the dawn. The official hunting seasons in Siberia are from April, 12 to June, 1; from August, 1 to November, 30. According to CITES, the Brown bear is listed as a rare animal. 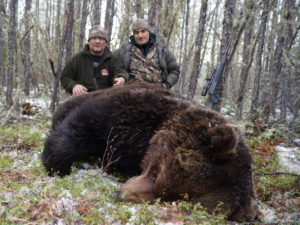 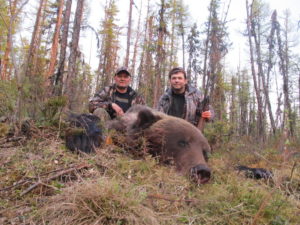 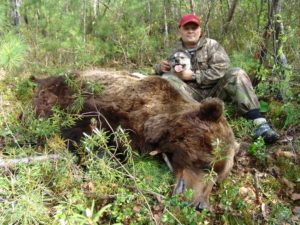 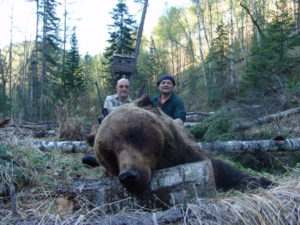 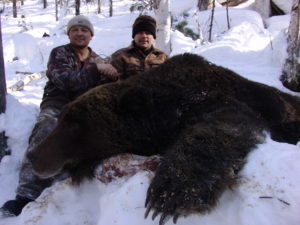