Buryats are an indigenous people who inhabited the territory around Baikal since ancient times. 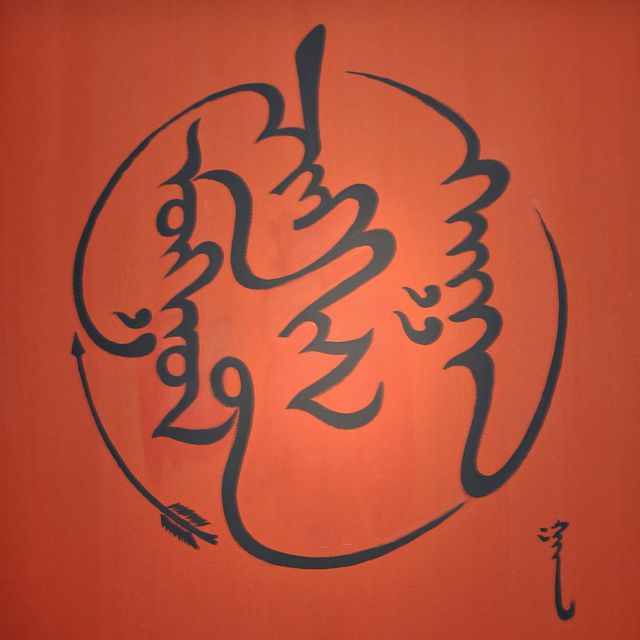 Severe and gorgeous taiga, boundless steppes, hills, valleys, meadows and coppices, majestic full rivers and small brooks winding in the willow-bed, woody mounds and bald knolls… Buryat spaciousness is vast, varied and astonishing. Different people inhabit this land. But no matter where you go, everywhere – on a hillock, in the depth of the forest, near the road or at a big stone – you will see a birch or a shrub twined round with small particoloured ribbons pf cloth. They are tied up to trees not only by Buryats, but also by everyone who arrives at any part of this territory. It`s a tribute to the tradition, a sign of gratitude and respect to the people that since olden days has lived on this soil and maintained its customs…

Ust-Ordinsky Buryat Autonomous area (Okrug) is situated to the west of lake Baikal in Irkutsk Province. It was formed in September 1937. Its total area is 22,4 thousand square km. Height above the sea level is over 1000 m. The climate is sharply continental.  The temperature of January is – 25 – 30 C . Summer is warm, temperature foe June is about +25 +30 C.

The greater part of the territory is situated within Irkutsk – Balagansky forest-steppe zone with its lixiviated turf-carbonated and poor podzolic soils, in the hollow there are lixiviated black earth and meadow black earth soils. Forests that occupy about a million hectares represent one of the valuable natural resources of the territory. Diverse coniferous species (pine, larch, spruce, cedar, solver fir) occupy 80 percent of the total area. They house numerous  fur-bearing animals, such as: squirrel, sable, fox, Siberian weasel; hoofed animals are represented by elk, roe, Siberian stag; such beasts of prey asa wolves and bears are to be found too. Rivers and lakes teem with fish:  grayling, lenok, carp, pike and others.

In the historical basis of Buryat culture underlie a complex of material and spiritual values that on the whole dates back to the Mongolian superethnic group.

One of the most vivid and ancient kinds of Buryats` spiritual culture is their folklore. Its main genres embrace myths, legends, old stories, heroic epic, songs, riddles, proverbs and sayings. The usual subject – matter of the folklore is fight of giant heroes against enemies and monsters, the world outlook of horsemen and their way of life.

Fine arts are widely developed. Rock paintings, sculptural and relief pictures of cult and ritual contents, as well as the “ongons”, shamans` images proper (shaman – a priest believed to exercise magic power, e.g. for healing and divination, especially through ecstatic trances). Buryat ornaments are gorgeous and diverse.  In Buryats folk art great importance is attached to the decorative processing of metal, wood, stone and bone.  In the past some of this crafts were purely male and others female. The former included bone, wood and stone carving, mouldings, chasing, colouring of wooden objects, and also jeweler`s craft; the latter comprised embroidery, wool knitting, applique on leather, thick felt and squares, diamonds, zigzag and teeth-like lines, cosmic bodies. The traditional cult art of shamanism was widely developed.

Singing and playing music constitute an important part of Buryats spiritual life. The belief in the might of musical art existed among them. The talent of a singer-narrator of folk tales or a performer of songs was considered gifted from heaven. There is a rich variety of dance melodies. The most widespread and popular kind of this art is “yokhor”, a round dance. A special section is musical and dramatic art for cult purpose: Shaman`s ritual conduct and mysteries.  The elementary dramatic art in Buryat Shamanism reached an extremely high almost professional standard. The shamans sang, danced, played musical instruments, performed circus tricks and plays of many kinds.

The traditional religion of Buryats is shamanism. The main peculiar thing is the deification of the forces of nature and of dead ancestors, the belief that the world is full of gods and spirits, that with the help of special people, the shamans, it is possible to exert influence on them in order to ensure well-being or to avert a misfortune. Buryat shamanism includes all the components of the developed polytheism: notions about supernatural forces, ceremonial and ritual acts of the priests, religious relations and psychology. Its pantheon has a complicated hierarchical structure. The ritual system of Buryats is highly complicated and diverse. It included rites of different types:  obligatory and not obligatory, social, for groups, for families and clans, individual. The Buryat shamans were of hereditary origin, they got special training and went through initiation ceremonies and ordaining. The shamans were subdivided into white (good) and black (evil), superior and not superior, according to the degree of initiation they possessed certain attributes, such as dress, a hat, tambourines, canes. Buryat shamanism as a certain world outlook, attitude of mind and system of actions embraced all the sides of people`s life, performed wide social functions, affected the way of life, psychology and cultural traditions. 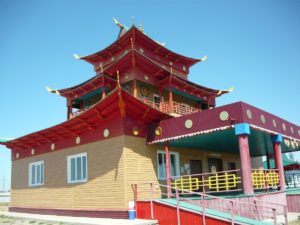